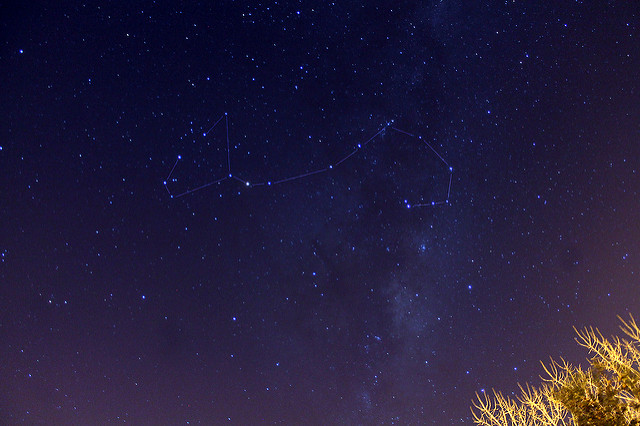 Autumn began in the northern hemisphere on the last September 22, when the Equinox took place. It is the time of the year when cold winds appear, leaves lose their greenness, adopt warm colors and fall from the branches which kept them alive. The second third of the autumnal climate is related to the passage of the Sun by the zodiacal sector of the Scorpion, which in turn identifies itself with death, as a manner of transition into another form of existence.

Thirteen days before the solar transit begins through the sign of the dangerous little animal, the largest of our planets enters that sidereal zone. In twelve years Jupiter had not returned to Scorpio, where it had remained for thirteen months, from October 2005 until November 2006. At that time, it did so after the Sun did, joining it twelve hours before it abandoned that sign, on the following year.

Jupiter is now ahead of the Sun, and will join it just three days after the commencement of the Scorpian solar season. From that moment (October 26) on, the bright and huge planet will leave its night schedule, to become an announcing star of new sunrises. Accompanying the Sun in Scorpio, Jupiter will strengthen the transforming force of this zodiacal sign.

Scorpio’s ruler is the most distant and smallest of the planets; the one that shares similar conditions with the sign; represents the processes of profound change, associated with  death, sexuality and the handling of extrasensory forces; the one that exerts a sort of Hidden Power. It is Pluto, which shares its name with the god of the underworld, the ruler of the dead.

From Libra, Mercury and the Sun form this week successive 90 ° conflicting angles with Pluto, in Capricorn, giving more power to the transforming experience of that which reaches its end. It coincides with Jupiter entering Scorpio, which offers growth to the interiority; and to the Waning Moon, which opens the floodgates of all that is in the process of completion. Four planetary interactions, that reflect the same agonizing quality of the autumnal period.

This week’s seven days are marked by the imprint of that which is finished. It begins with the Moon diminishing its luminosity and nocturnal presence; Mercury, aligned with the Sun; both, confronted with Pluto, and Jupiter that enter the Scorpian well. It will end with the Moon becoming Balsamic, and with the opposition of Mercury, the communicator, against the explosive Uranus, giving rise to surprising and disconcerting events, on the same day of Venezuela’s regional elections.

The astral movement of these days is condensed into three major dates: Monday of Plutonian blow, Tuesday of Scorpian expansion and Thursday of waning moon. It is a week that promotes wear, decay and obsolescence. It creates in the firmament an environment appropriate for  getting rid of that which no longer serves, of what gradually becomes the past.

Pluto’s preponderance in these dates, in its confrontation with Mercury and the Sun, and as new regent of Jupiter in Scorpio, as well as the image of a Waning Moon, point to the way that will conclude, on Sunday the 15th, with a Balsamic Moon and the Mercury-Uranus Shock. The time has come for the outcome of the Catalan question and the Venezuelan electoral contest, both with the emergence of unexpected scenarios that which will mark the beginning of a new dimension, in the struggle for power.

The orbits followed by the planets point to the paths by which we humans roam. There is a synchrony between them that allows us to live, through individual and personal experiences, certain processes at specific moments. In the days to come, conditions will appear that favor awareness over that which reaches its end. That is the lesson for us to assume in the present time.