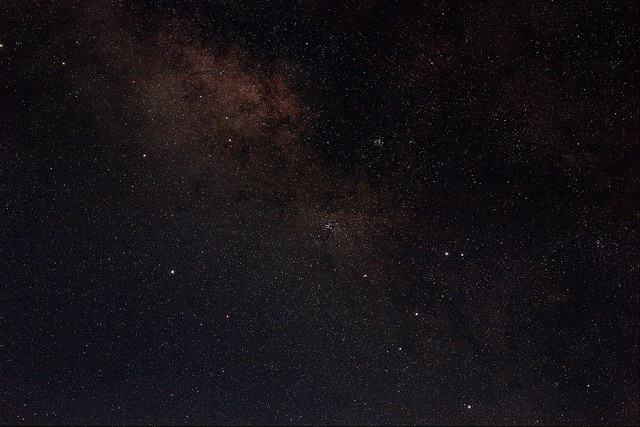 Since the beginning of Monday October 23 the Sun is under the sign of Scorpio; and will remain there for almost a month. In tune with the time of the year when light and temperature decrease in the north, causing the discoloration and fall of the leaves from the trees, during this period, the features attributed to this sign, and to those who were born in this epoch of the rear, are expressed more fluidly.

In this period, when the Sun passes through Scorpio, the changes in the natural environment —be them the flourishing of the fields in the south, or the loss of greenness in the north— are more easily perceived. Jupiter, symbol of growth and expansion, is also beginning its thirteen-month transit through this zodiacal sign, reinforcing its influence.

The phase of New Moon coincides with the beginning of the Scorpio period, which occurred last Thursday 19. This gives more prominence to the sign identified with the water element, which represents the emotional and introspective feature, extreme sensitivity and the tendency to live everything intensively.

Scorpio is one of the four fixed signs. These signs receive the solar energy in the central month of each of the seasons and, for that reason, are the ones that best reveal the features of their respective climatic quality: Taurus, in the spring; Leo, in the summer; Scorpio, in the fall; and Aquarius, in the winter. They all convey the notion of security, firmness and constancy in thoughts, actions and feelings.

The ones born under the image of the Scorpion are passionate and possessive. They tend to be mysterious, unemotional, explorers of their inner world, and often assume radical positions. They give and demand unconditional surrender, which is also expressed in the way of connecting with the most intimate forces of the soul-body relationship, through sexuality, which plays an important role as a form of vital renewal.

The natives of Scorpio guide themselves by their most intimate desires; they seek the deep truth, even under the stones, trying to reach the ultimate consequences, in all areas of life. They are intuitive, connected with extrasensory forces that provide them with hidden powers and the ability to manipulate.

The sign of the Scorpion is ruled by Pluto, the most remote of the planets revolving around our Sun. It symbolizes the power of the underworld and the disposition to reach the end in all its actions. This little planet also represents the idea of death, sexuality, deep transformation, and the interest in the unknown and the hereafter. In nature, it is a symbol of recycling.

The Scorpions do not tolerate ambiguous or intermediate positions, but choose between all or nothing. They have the capacity to become reborn from their ashes, as the Phoenix. Every time they go through experiences of completion, rupture or death, they come out strengthened, assuming them as the necessary step for their own regeneration. They require security, connection with the material, serenity, balance, independence and sociability.

Those born under Scorpio are inclined towards professions and trades where the interest in the unknown becomes manifest; such as investigators, detectives, forensic doctors and pathologists, sexologists, psychiatrists, funerary activities, psychics, stock market investors, bankers, and political or financial advisers, among others.

Scorpions are not very communicative, they relate better through emotion than through words. Their greatest weakness is their enigmatic behavior, but at the same time they express themselves frankly and sincerely, without fear of hurting others. They are distinguished by their authenticity and the firmness of their principles, ideas and beliefs.

The people of Scorpio are committed through deep, passionate and intensely sexual relationships; although they can also carry clandestine or hidden relationships without major conflicts. They are attracted to the sensitivity, adaptability and protection offered by Cancer; the imagination and selfless dedication of the Pisces; as well as the sensuality and perseverance of the Taurus.

Next Thursday 26, the Sun will join Jupiter in the first degrees of the sign. This marks the beginning of the scorpion cycle of the planet, until November 26, 2018, reaching its maximum development the coming May 8, when both will align again with the Earth. In this period, there is an increase of interest in the occult, the need to end unsatisfactory habits and relationships, and travel to unknown regions (of the internal or external world), seeking personal expansion and searching for the reason for existence.

The Full Moon of this zodiacal month will show itself during the night of November 4, a magical moment of extreme sensitivity, which will stimulate the passions and stir up interest in the occult. Under its influence, human relationships will be affected by unusual experiences that will change the rhythm of everyday life. It will be an opportunity for the development of intuition and the discovery of realities of which we were not aware.