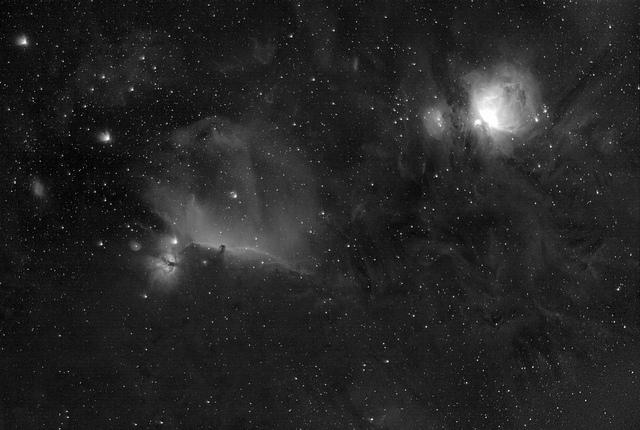 The last week of the Sun’s stay in Libra has begun with the Waning Moon turned into Balsamic. On the night of Sunday 15, when our satellite passed through the first decanate of Virgo, it got as close as 45 ° to the Sun, diminishing its own luminosity considerably. It is still to travel less than an eighth part of its synodic cycle, culminating it in just three and a half days.

We are in a transitional week, with little of the Moon in the night sky; the first half of it, in its agonizing state, and, the second, in a process of being born again. We say goodbye to Libra, under the invisible cloak of a New Moon. We live moments of change. A stage is finished, in which it is necessary to review, clean, cut, forgive and heal, and to connect then with the forces of that which sprouts, with the energetic impulse offered by a new life.

In its Balsamic stage, the diminished light reflected by the Moon appears only on the eastern horizon, shortly before dawn, accompanied by the glowing brightness of Venus, which is now in Libra; but in its Novilunial phase, the Moon will only show itself by the western horizon, little after the Twilight, and escorted by tiny Mercury, which entered Scorpio recently. This alteration of the time of appearance, of position in the firmament, and of accompaniment manifests the effect of change that governs the conditions of the energy that surrounds us.

The beginning of both facets of the Moon, proper of its proximity to the Sun, will be under the original seal of the transforming force of Uranus. Thus, the Balsamic condition began on October 15, when Mercury was at the point opposite to the planet of the strange and unexpected, in the last degrees of the Libra / Aries axis. The New Moon will express itself on Thursday 19, when the Sun will form a 180 ° angle with the same planet that brings atypical and surprising events.

This week’s lunar change comes accompanied by Uranus’ protagonism. It is the seventh and final opposition between the Sun and Uranus on the Libra/Aries axis, in the last seven years. Their next confrontation will occur next year, when Uranus shall enter Taurus. The present is the only one, out of seven oppositions, that coincides in time with the New Moon. The double and simultaneous opposition of Uranus with Moon and Sun gives this astral configuration a superior power.

Uranus’ orbit lasts 84 terrestrial years. In its sidereal journey, it needs seven years to traverse each of the twelve zodiacal constellations. We are in the final stage of its tour of Aries, which began in the period 2010-11, and which will conclude next year. Its opposition to the Sun, on Thursday 19, marks the beginning of its last hemicycle in that area of ​​the sky, which will conclude with the next conjunction, on April 18, 2018, under the auspices of that week’s novilunio.

This week’s Uranian New Moon brings a message of deep connection with transformation processes that become apparent through important and unexpected events, outside of ordinary patterns, pointing towards the beginning of this semester, preparatory of changes in the social order.

The zodiacal sign change of the so-called personal planets complements the climate of modifications to human relations’ forms of expression. On Saturday the 14th, Venus entered Libra; on Tuesday 17, Mercury enters Scorpio; and on Sunday 22, Mars will also enter Libra; all, in preparation for the Scorpian phase of the Sun, which will begin on Monday 23. The sign- changes of these four astral bodies, in a span of just nine days, are an additional indicator of the renewing spirit that prevails this week.

To complete the scenario of instability and confusion characterizing the coming days, 24 hours after its entry into Scorpio, and one day before the occurrence of the New Uranian Moon, Mercury merges (Wednesday 18) with Jupiter.  The communicating planet transmits, with unusual potency, the expansive and unbridled power of the largest of our planets, amplifying the unbalancing tone of the present moment.

The confluence, in such a short time, of many astral events marked by the singular, presents itself as an alert about the need to adapt to new times and circumstances. Our satellite, in its apparent absence, is the most open signal of energetic renewal. Uranus’ protagonism announces unforeseen episodes and chaotic outcomes. The zodiacal changes of the nearby planets demand new personal attitudes. The union of Mercury and Jupiter is the awakening reveille. The Sun, culminating its Libran phase, is the call to become aware of a new dawn.