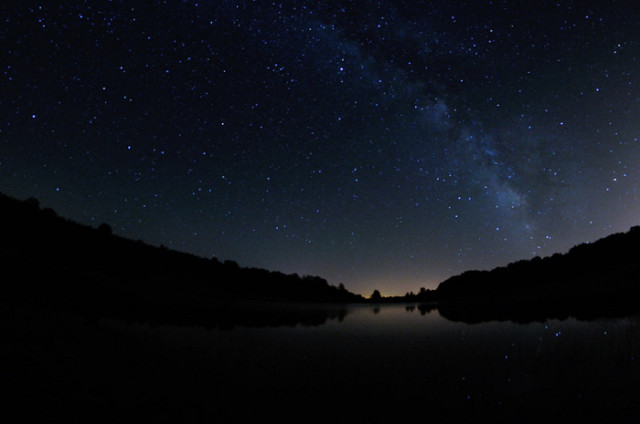 This year, the Sun will walk through Sagittarius from almost the midnight of Tuesday, November 21, until the midday of Thursday, December 21, the time of the Winter Solstice in the northern hemisphere. During this period, the personality features attributed to those born under the protection of this sign are more visible, because these are days when the climatic conditions of two seasons (autumn-winter, in the north; spring-summer, in the south) are intermixed, creating a dual atmosphere of ambiguity and imprecision.

The sign of Sagittarius is related to the fire element, which represents the impulsive, active and extroverted character, the strength to make decisions, and the inclination to become enthusiastic over discovering the novel and unknown. His mutable quality leads him into changing his mind frequently and adapting easily to different living conditions; as well as into becoming interested in many varied subjects.

Sagittarius is ruled by Jupiter, the largest planet in the solar system, which represents abundance, exaggeration, generosity and impatience. The enormous planet is also associated with the idea of ​​Justice and Truth, the interest for integral knowledge, for travel and adventure; providing a positive and optimistic attitude towards life.

Since Jupiter will remain imprisoned in Scorpio —the sign that precedes Sagittarius— during the next eleven months, this entire period will be preparatory for the expansion and development conditions that will be present throughout the year (2019), when the ruling planet will be granting all its magnanimity to the zodiacal sign under its custody.

Those born under the image of the Centaur are usually active seekers of body-and-spirit-enriching experiences. Its dual nature —like the mythical figure that represents them: a human upper part and a lower one in the form of a horse— combines the instinctive force with the interest for spiritual fullness.

The mythical character of the Centaur, who behaves like a skilled archer, is characterized by its disposition, and its marksmanship, to launch his arrow to the most distant territories, to hunt or wound its prey. It is thus linked to the vital impulse to wander freely through very diverse landscapes, in search of true knowledge, which offers a complete and integral explanation regarding the great questions that have always troubled it.

The sons and daughters of Sagittarius possess qualities that allow them to practice professions and trades in which they manage to satisfy their curious and enterprising spirit, in activities as diverse as tourism, aviation, exploration, philosophy, missions, research, academic professorship, justice, diplomacy and work in international organizations.

In the sentimental area, the Sagittarians are enthusiastic regarding people different from them, from whom they can learn a lot, even if they are not very constant, because they are attracted by variety. They like to maintain relationships with foreign people or live outside of their environment, as they are always on the hunt for true love.

Sagittarians are generous, kind and very sociable, they let themselves be carried away by their impulses and intuition. Their greatest weakness is the instability and the ease with which they can change their minds, but at the same time they are determined and not afraid to tell the truth, as they feel it. They are distinguished by their optimistic attitude and by their nonconformity, which leads them to keep learning and growing, without limitations.

During the days when the Sun will be transiting through Sagittarius, the conditions that have prevailed in recent months will be altered. Mercury, associated with communication processes, will enter its final stage of annual retrograde motion. This will happen between December 3 and 23, a period during which encounters and agreements become difficult, and in which it is better to devote oneself to reflecting, instead of participating in a new project.

The small communicative planet will join, during its limited retrograde transit, with Saturn (December 6), the Sun (December 12) and Venus (December 15), creating situations where attention must be paid to professional, personal and sentimental matters, that need to be modified.

The Full Moon of this period will coincide with the beginning of Mercury’s retrograde motion, on December 3. It is a Moon under a special condition, since it will be larger than usual, as it passes closer to Earth, than it does during the rest of the year.

In this  Full Moon a singular configuration will be presented, since, in its alignment with the Sun and our planet, a right angle will be established with Neptune, the planet that represents dreams, fantasies, illusions and deceptions. The mixture of the immense Neptunian Full Moon, with Mercury’s retrograde motion, can induce the loss of the sense of reality; mainly, in the emotional field.

Towards the end of the Sun’s stay in Sagittarius, the New Moon of the sign will occur in the early hours of December 18. This coincides with the last hours of Saturn in that same sign, as a prelude to the arrival of the Spirit of Christmas. The last New Moon of 2017 invites us to break with stereotypes and to explore and innovate in the fulfillment of our obligations, with greater maturity, sensibility and seriousness.

Times when the outdated structures weaken and crumble are coming close; which requires us to become creative and adapt to new forms of organization with the rest. Commitments and responsibilities will acquire greater meaning and a new style of assuming professional life and relationships with the community will begin.