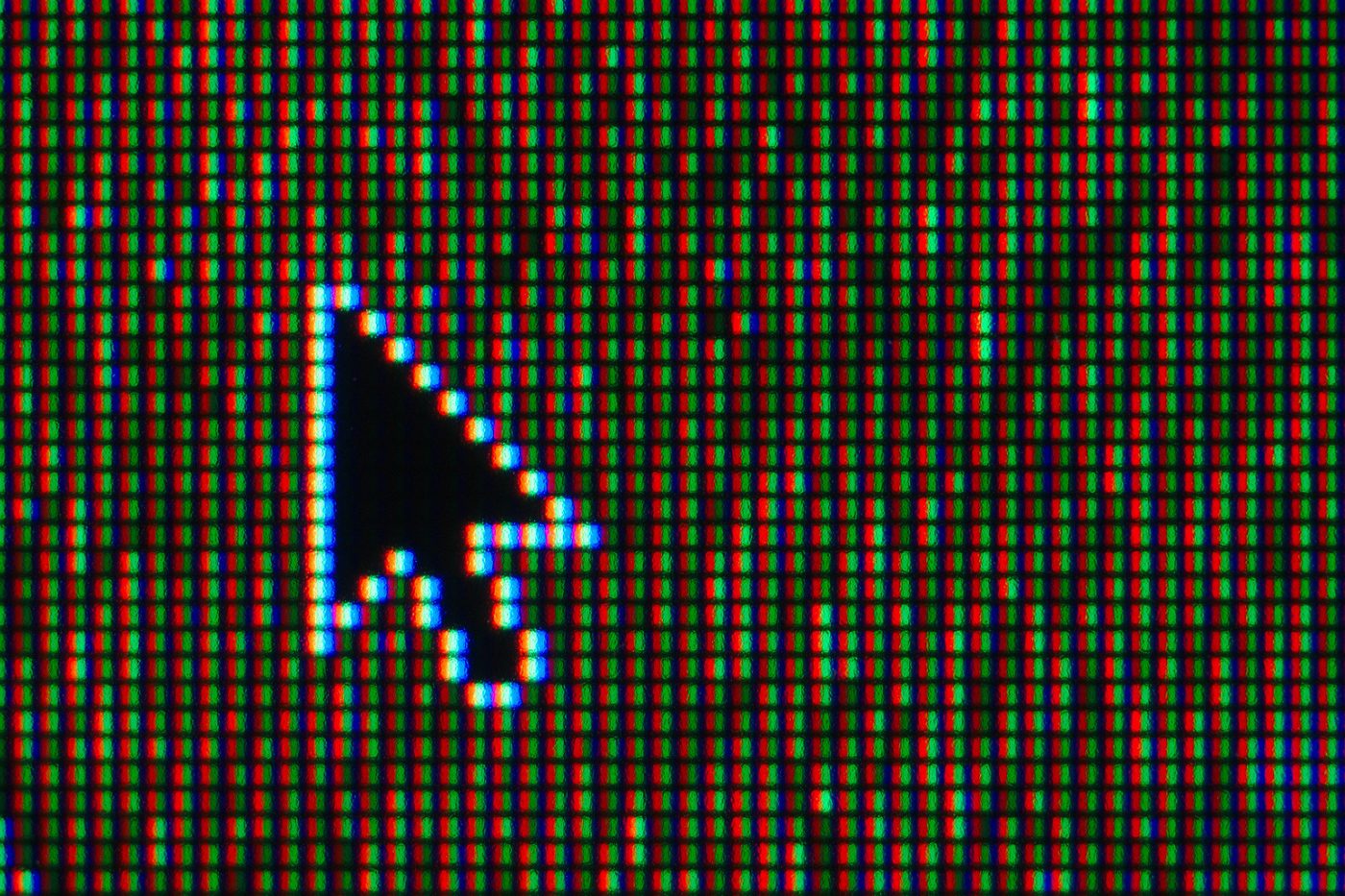 “In the end, each life is no more than the sum of contingent facts, a chronicle of chance intersections, of flukes, of random events that divulge nothing but their own lack of purpose.”

(This story was originally written in Spanish and then translated to English by the author herself.)

That night I stayed up late browsing the news on my computer. I had already put my daughter to bed, and my husband was also in bed reading. The night before I had heard an interview with Yuval Noah Harari, the Israeli philosopher and historian who has authored several books, on the consequences of technologies developed by humans. In the interview, Harari explained that computers and cell phones spy on us. He cited as an example an experience of his own, where the computer can «learn about» what you are looking at and thus guess that you are, for example, gay. And based on that learning, you then get bombarded with ads, photos, objects and messages associated with your interests.

I was stunned after listening to that interview, and during all the next day I couldn’t stop thinking that maybe I also was being spied on … By my own computer!

So, that night, I set myself to reading science and art news to think of something else. Suddenly, a second window popped up over the one I was reading. In it there was a man in his 40s, with a thick black beard and big dark eyes, who seemed absorbed in a reading on his own screen and didn’t realize I was watching him. Actually, how could he know that someone was watching him through his own computer? It seemed impossible, unless he had also heard the interview with Harari.

At first, I thought someone was playing a prank on me. But thinking it through, I realized there was no way for someone to play a joke on me by getting into both my computer and this man’s, a total stranger to me. No, that wasn’t possible. I didn’t know anyone so skillful.

For a few minutes I observed him, trying to figure out his context. Behind him there was natural light seemingly entering through a side window. Clearly, he was in a place where it was daytime. Another time zone, different from mine. Given my geographical location and time – it was around 11 pm – we couldn’t be in the same country, not even in the same continent. He had to be in Europe, or maybe in Asia. Judging from his traits, if it was Asia, it was probably the Middle East.

Overcoming my shyness and driven by my big curiosity, I decided to talk to him. «Hello,» I said, assuming that, if I used the most widely spoken language, I would increase my chances of being understood. Nothing. The man didn’t react. Maybe he didn’t hear me, I thought. «Hello,» I said again, this time less shyly. He looked up and turned his head, as searching where that voice had come from. I concluded he was alone and, therefore, surprised to hear me. I said «hello» again and added, «How are you?» Now, clearly, he had heard me. And he was searching for the source of that female voice, turning his head and peeking over his monitor, as if I might be hiding behind it. So I said, «I am inside your computer.» He seemed very surprised, but at the same time didn’t appear to understand what I had just told him, and he kept looking around. So I asked: “Do you speak English?” But he didn’t answer me back. Clearly he didn’t speak English, and he wasn’t understanding me. I tried other languages: «Hola,» «bonjour,» «ciao,» «olá.» Nothing. He kept searching where my voice was coming from. Then, after moving around windows on his screen, the one with my image appeared before him. I deduced it from the change in the expression of his face, which showed a mix of surprise and relief, as if he had finally solved the mystery of the source of that voice that spoke to him in a language he didn’t understand. In seeing my image, he smiled at me. He had a beautiful smile that captivated me and left me semi-perplexed for a few moments.

Since he couldn’t understand me and didn’t speak any of the languages ​​I employed to greet him, I resorted to body language. I replied to his smile with an equally enthusiastic one and with a wave of my right hand. He raised his hand to greet me back and smiled again. We had moved past the uncertainty about the voice’s source. Now a new mystery had begun. We both wanted to understand who the other was and how we had appeared on each other’s screens. Phew!

I paused for a few seconds to look at his face. I thought I could recognize his eyes, which were very expressive and trustworthy, as if inviting me for an exchange, with complicity. Yes, I had seen those eyes before. And that lovely smile. That face, whose fine features were so different from the people of my environment, seemed familiar to me. Very familiar. But, where from? How? Certainly, he was in another country and didn’t speak any of the languages ​​I employed to greet him. How could I know him? Where was he from?

As I observed him and tried to remember where I had seen him before, he kept smiling at me without saying anything. And suddenly, I recognized him. An actor. Of course! An actor I had recently seen in one of the Middle Eastern movies I had lately become fond of. I am a cinephile and recently developed a deep interest in movies from Iran and Turkey. Especially from Turkey, which I visited twenty years ago and fell in love with. Despite being geographically far away, its culture, crafts and even its architecture have a lot in common with Mexico’s.

And by remembering and thinking about the different Turkish movies and series I had watched, I finally identified him. He was definitely an actor from Turkey. Exercising my memory, I tried to remember some words in that language I ended up learning after so many hours in front of the screen. And, risking to not properly pronounce it or that it would be the wrong tongue, I said, “Merhaba,” which is hello in Turkish. «Merhaba,» he replied. Yes!, I thought. He speaks Turkish, he’s Turk. We are making progress.

Is he the actor I thought I recognized? My limited knowledge of Turkish didn’t help me remember how to say «how are you?» And quickly using the Google translator I looked it up. «Nasilsin,» I said. That lit up his eyes and, giving away another charming smile, he answered me something I didn’t understand. Taking advantage of the fact that Turkish, like Spanish, is a phonetic language, I wrote what I understood on the translator which, immediately, suggested a phrase that made a lot of sense: “Very good, and you? Who are you? And where do you come from?” Now I was sure. He was Ömer Bulut. I had recognized his mild voice. Unrivaled. Masculine, but different from the typical male voice. Unique. I was positive. It was him.

With great excitement I wrote my answer on the translator and, as I read it to him, I observed his reaction. It was the first time I was in a dialogue under these circumstances. Besides being original, it was fun. My interlocutor, also enthusiastic, replied, thus starting a passionate conversation that would last more than two hours. God bless Google translate! I thought.

Ömer Bulut, the famous actor, one of my favorites. Who would have guessed it! And now, thanks to this unfathomable incident, I was discovering that behind the actor there was a very sensitive man. Despite his fame, his answers revealed a simple human being I had many common interests with. Books, cinema, music, diving, humanitarian work.

Somehow, what I had heard during the interview with Harari was now materializing. It was true. My computer had been spying on me and had noticed my fondness for Turkey and that country’s seventh art. And now it allowed me to enter, like an intruder, the computer and, for a brief moment, into the privacy of this Turkish artist. I couldn’t help wondering what his computer had been spying on him that led him to appear on mine. An interest in Mexico? But then he could have appeared on anyone else’s. A penchant for Mexican cinephiles with a passion for Turkish cinema? With all the affinities we both discovered that night, there was more than one possible answer.

I figured that those were all questions I could ask him another day, that this would be a good excuse to meet again. But it was already 2 am, my eyes were closing, and in less than 6 hours I would have to get up to start my daily routine. I suggested that we meet again another night (daytime for him) to keep getting to know each other. He agreed.

I was so tired that I didn’t think on organizing our next meetup. After all, neither he nor I did anything to make this encounter happen. It was our spy computers who organized this spontaneous and unexpected meeting, perhaps to show me that Harari’s theory was real and that we had developed a prying technology designed to control our lives, even the most personal aspects. Well, I thought, maybe things are not so negative. In the end, my nosy machine connected me to a great human being I would have never met otherwise. Come on Harari, not everything is so negative in the cyber world we live in.

I went to bed with more eagerness than the night before. I was feeling more optimistic, and I slept like a baby. When the alarm went off, I had a hard time getting up. I wasn’t sure how long I had slept. I felt tired but, at the same time, I was ecstatic. I had had a great dream in which I had chatted with the great actor Ömer Bulut. I got up and, dragging my feet, made my way to the kitchen to make breakfast. A light flickering from my computer caught my eye. I walked over to the laptop lid, which I had left open. On the screen I found a window with a simple message of only one word. Stunned, I read, «Merhaba.»

I closed the lid down and, still shuffling, headed to the kitchen to fix myself a cup of coffee.