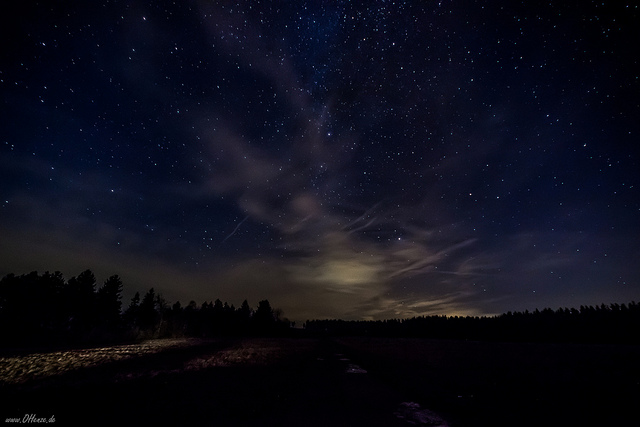 Last Sunday 3, when the Moon reached all its roundness and aligned itself with the Sun and our Earth, small Mercury —that always stays close to the sun— commenced this year’s  fourth and last retrograde motion. It is a fictitious motion, perceived only from our planet. The combination of speeds and distances creates the appearance of retrograde motion in the zodiacal highway.

Retrograde motion is a peculiar phenomenon occurring with most planets when they are closer to the Earth and in the area opposite to that of the solar transit. Only the two planets having an orbit smaller than ours (Venus and Mercury) escape this condition; for they seem to get in reverse motion when they approach the area where the Sun is; half of the time, when they align with it.

Mercury is the only planet entering retrograde motion several times every year. Most of the remaining planets do so once every twelve months; except Mars, which does it every two years; and Venus, every 18 months. The Mercurial retrograde motion occurs every four months; being therefore the most frequent of all, but also the shortest one (three weeks). In general, the small planet enters retrograde motion three times a year; although, during 2016 and 2017, it did so up to four times.

From the symbolic perspective, the retrograde motion of a planet hinders the natural flow of the energy it represents. In most cases, each of the celestial bodies shares its name with characters from ancient mythology and, in general, a bond of affinity is created between the characteristics attributed to them and those attributed to mythological beings.

Mercury is the closest and —for that very reason— the fastest of the planets that revolve around the Sun. It completes its orbit in 88 days (its year); although, due to its constant retrograde periods, its cycle through the zodiacal route is just a little less than that of a terrestrial year. For this reason, Mercury is always accompanying the Sun in its sidereal trajectory; and part of the year we can only see it shortly before dawn; and, during the other part of the year, shortly after sunset.

The god Mercury, known in Greece also as Hermes, was very precocious from his tender childhood; highly astute and ingenious, he stood out for his mental agility and ease in the use of language; he wore winged sandals, which allowed him to move at great speed, and a helmet that allowed him to become invisible, in case of danger. He was the Messenger of the gods, merchants’ guide, Lord of the crossroads, and conductor of the souls to the Underworld of Hades.

The characteristics of the jovial god become Mercury’s attributes. Its position and connections tell us about the prevailing conditions for dealing with the human mind and word. It announces how communications may behave during certain periods, when its qualities may become highlighted or obscured.

When Mercury becomes retrograde, human relationships are often disturbed. In those days there are obstacles to communications, transfers, exchanges, negotiations and agreements. It also manifests itself in vehicles or technological instruments: traffic problems, accidents in transport units, breakdowns in telephone lines, in digital networks or in electronic instruments used for communications.

The heavenly mandate for the periods when Mercury is in retrograde motion is to concentrate the mental and communicational energy towards the processes of introspection. In those moments, what is important is not the relationship with the external world, but the internal processing of thoughts, ideas, judgments and speculations. Those are times for reflection, analysis, review and planning. They are also opportunities to re-live past experiences that deserve to be executed with a more satisfactory resolve.

The last annual Mercurian retrograde period is beginning now, and will conclude shortly after the Winter Solstice. The first three weeks of this last month of the year will allow us to evaluate what has been done, and prepare ourselves better for the year that is about to begin. This is how the stars behave in the sky, always transmitting a message so that we can make the best possible use of the conditions that prevail in a given moment.

This week’s lesson comes from tiny and volatile Mercury. It is the hour for introspection, the time for reflection. It is the opportunity to connect our mental processes with innovative and creative action, inherent to the human spirit.