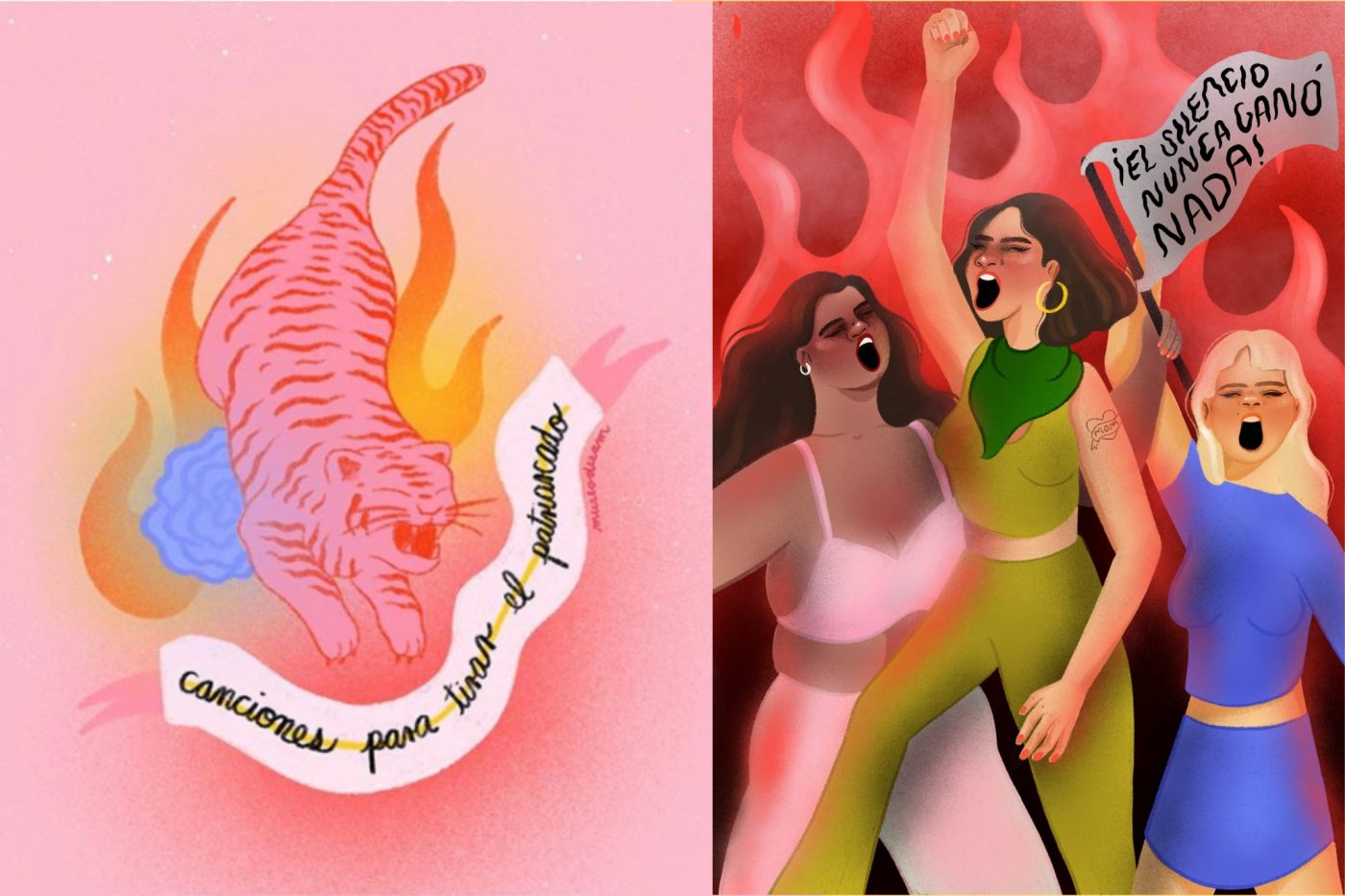 Even with the capacity to create art during quarantine, artists like Frida Ludwika Álvarez Salazar from Museo de Sam, has a feeling of distress about what could happen with her community and herself. “I think during all of this I don’t have the hear anymore to feel anything more than isolation, despair and fear, for others and her.”  Álvarez Salazar said.

In her art, she mainly produces personal pieces. It is a way to process her feelings and experiences. When she started sharing it through social media, she noticed a change in how her works were perceived.

“It made me realize that my art is a way to connect with other people and empathize with them, and hopefully, helping them get through difficult times.” she explained.

Because of that, she also creates illustrations of events from other lives that could help those subjects. Being from Mexico City, much of her art is directed to women who have survived through repression and abuse, with the goal of deconstructing and growing beyond those events.

During the confinement of the pandemic she has been inspired even more from those collective sentiments rather than the single ones. “What has changed the most in my work is that it is more open to sympathy, I mean, I’m not only talking about what I feel. Instead I’m trying for it to be a reflection of what we are all feeling together.” Álvarez Salazar noted.

She has found inspiration through her body as well. “Ver few times we have time and we are forced to look at ourselves in the mirror every day and confront ourselves to what we are feeling and to the house of flesh we live in, even before moving to an apartment.” Álvarez Salazar said. These short poetic phrases stand out in Museo de Sam, where she always incorporates writing with feelings. Part of her artistic process include daily reflections, like a diary.

She writes short poems in her drawings and she drives herself through these words to construct a colorful visual that reflects what she wrote. On some occasions, she paints in acrylic before digitalizing the illustrations. Álvarez Salazar studied industrial design but has received training in visual arts. “The mix of the two schools has allowed me to do in my work a little bit of both.” she explained.

Despite the changes and anxieties, Álvarez Salazar recognizes the luck within it all. “I think a lot of us are privileged to be relatively in peace during the pandemic, I refer to food, money, housing. If we have these living conditions, we can use this time to achieve positivity in others and our own selves.” she mentioned and then added, with an optimistic tone, “The negative feelings and the terrible uncertainty we’ve all been feeling won’t go away but we can make them bearable during the months this goes on. We’re gonna be okay.”