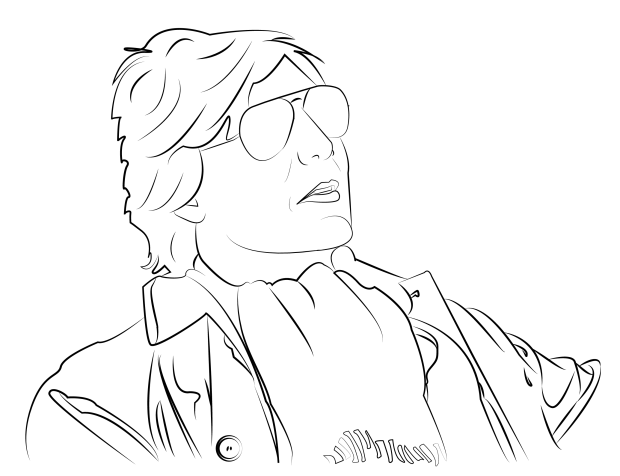 The Latin American left: From the veil to the shroud of ignorance

In his Theory of Justice, John Rawls wrote about the veil of ignorance. It is a thought experiment designed to foresee the minimal conditions of justice (and legality) that would be operate in a parallel world in which one were about to be thrown into without knowing at all the position, status, gender or condition to be occupied.

Thus, a completely revamped social order is to be developed, alongside its social contract, to build a modern society. How to make it just? It is evident that preferences and prejudices exist. But it would be imperative to minimize them. Especially so, because it is unknown whether one is to fall on the thin side of the rope of said prejudices and preferences. Rawls suggests that this all-mighty legislator position itself behind a veil of ignorance. Behind it, nothing is known about the self or the innate skills, or the position to be occupied in this new society. Features such as gender, race, nationality or individual tastes are completely ignored. The only two things that are known is that all inhabitants of this society are rational, free and equally moral and, on the other hand, that in this society there will be variations in the distribution of wealth and skill as well as differences based on race, sex and culture, which shall differentiate groups of people.

According to Rawls, the legislator will eventually find a few rules whose validity will be universal. Such character will come from their heeding the minimal dictates of the human factor in its never-ending struggle for recognition; meanwhile Hegel coughs in the corner.

It would be desirable, to say the least, that our usual suspects –and by this please understand the ill-termed Latin American left, personified by characters such as Correa, Morales, Ortega or Maduro- will consider such a mental exercise when the time comes to reveal their divine inspiration concerning foreign policy decisions. May the kind attention of the reader be directed towards the undermining of the Human Rights Regional System and its Wonder Twins, the Commission and the Court, Inter-American both of them, for Human Rights.

Those who in their moments were guerrilla fighters against militarist domination, voice of unions and labor movements, fighters for indigenous rights or the offspring of a drug smuggler who only wanted to feed his family should understand –better than anyone- the inequities to which this continent and its rulers have subjected those who have no other fault than being born under this or that flag. It is often the outcasts, the oppressed and the excluded that, remembering where they came from, have a clearer vision of where to or not go. Perhaps they are, by virtue of their past, better connected to the requirements of the human condition that are evoked by Rawls’ veil of ignorance.

Destroying from its foundations what is perhaps the most important regional achievement of the Americas, its competent regional system for the protection of Human Rights, does not speak too well of the desire to maintain a just legal and social order in the continent. Going against an instance of justice that transcends state limits –and which has not feared to speak truth to Capulets and Montagues- is, again to say the least, shortsighted. Who can say how many Evos, Nicolases, Rafaels or Daniels received substantially less abuse from terrorizing riot control squads thanks to the existence of said regional systems?

Those who have since their youth years vowed for social, political, labor or even human vindication, would certainly be insincere when reneging of a system which has been characterized to uphold a minimum standard for human rights, those small things that have no other purpose than that of protecting citizens from the abuses of their governments. But, lo and behold, they do renege! How good it feels –one can almost hear them say in their youth- having a place where the clear ring of the bells tolling for justice could be heard! But it so happens that the ring of the bells of justice is thought to be safe and well guarded when it turns into a birdsong for the ears of those in the thrones of power. Those irate fingers that accused on top of a mountain made of human suffering, seeking redemption no longer point towards despotic regimes for a simple reason. If they did, they would have to point towards themselves.

Is it comprehensible that those who twenty, thirty or forty years ago dreamt of a world through the veil of ignorance, present themselves covered by the shroud of ignorance? This shroud, used to wrap the bodies of those who no longer see, are no longer rational, nor equally moral –or in other words, those dead, regardless of how alive they might be- is the fabric of the mantles of this petty kings which accept no word but theirs. Who judge themselves to be better interpreters of Human Rights than the System that not only has years bringing justice to the region, but also vindicating the causes of thousands of nameless Nicolases, Rafaels, Daniels and Evos who are now the oppressed, the exiled, the unjustly incarcerated, the tortured and those who live without really being able to.

Allow the humble writer to doubt, that it was the ultimate goal of the veil of ignorance of Rawls. Especially when he wrote his Theory of Justice and not that of XXI Century Socialism.