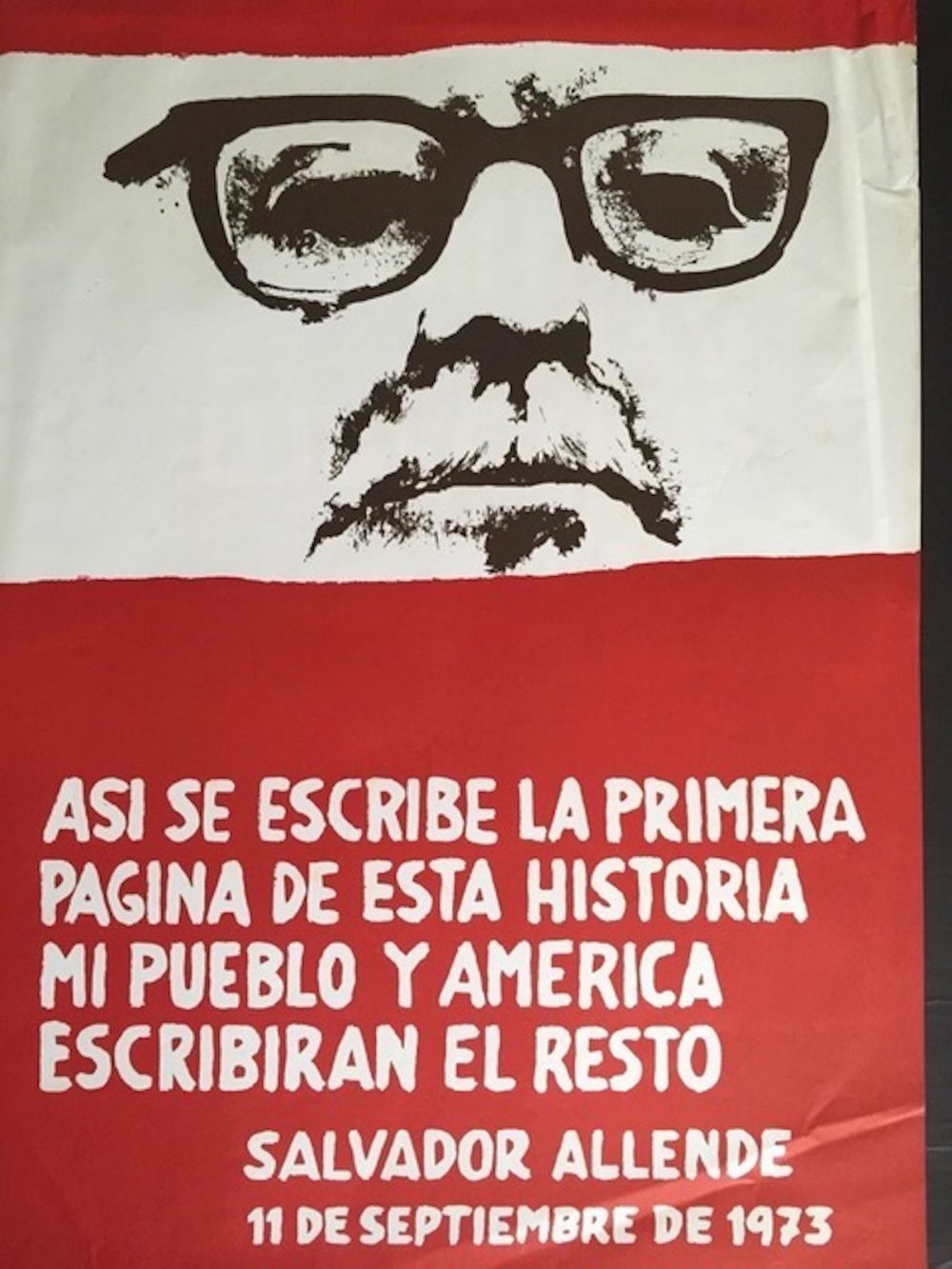 In memory of a painful period in the history of Chile

On the occasion of the 45 anniversary of the military coup in Chile and within the frame of the Hispanic Heritage Month, the University of Pennsylvania (UPenn) will host the exhibition of art and photography: The other 9/11 – Memories, Geography of a Decade – Chile 1973-1983

An exhibit of art and photography documenting the terror and suffering during the Chilean military coup opens on Sept. 11, 2018, at Penn’s Annenberg Center for the Performing Arts, 45 years to the day after the military overthrow of the government of Salvador Allende on Sept. 11, 1973.

The opening event is September 11 at 6 p.m. in The Annenberg Center for the Performing Arts located at 3680 Walnut Street in Philadelphia.

“There are times in which the past can serve to inform us about the present and help us understand that there are moments in life when the artist cannot remain silent,” said Priscilla and Gustavo Gac-Artigas, curators and owners of the exhibition, who will present a contextual and historical foundation for the works during the grand opening.

Containing more than 100 pieces of photographs and artwork, The Other 9/11 is an exhibit that utilizes vivid imagery, exquisite detail, and artistic expression to capture the impact the Chilean military coup and regime had on society.

“There are times in which the past can serve to inform us about the present and help us understand that there are moments in life when the artist cannot remain silent,” said Priscilla Gac-Artigas, Professor of Latin American literature at Monmouth University in New Jersey and Fulbright scholar.

Priscilla and Gustavo, an award-winning Chilean-American writer, playwright and theater director, collected the pieces to be exhibited during the 70s and 80s in France when they travelled with their theater group, Teatro de la Resistencia-Chile, in tours throughout Europe and the North of Africa.

Gustavo was arrested on the afternoon of September 11th, 1973 when he was in the north of the country, in Chuquicamata, with his group Teatro Experimental del Cobre performing the play Libertad, libertad (Freedom, Freedom), adaptation of Flavio Rengel’s play, in which they called to oppose the coup that they suspected imminent. Months later, he was released from prison and expelled from his country to Paris where he lived until 1984 when he tried, unsuccessfully, to return to Chile. His most recent novel And All of Us Were Actors, A Century of Light and Shadow in its English version, a novel of which the exhibition represents the artistic backbone, was a finalist of the International Latino Book Award 2018.

The exhibit showcases original prints by Chilean painters José Balmes, Gracia Barrios, and Guillermo Núñez, who are National Art Award Winners and created their works during their exile in France.

Also included are poster-size photos of the 1973 military coup by former Gamma Agency photo-journalists, original posters documenting European cultural solidarity with Chile, and pictures of the theater group performing in 18 international festivals while in exile in France.

The event is sponsored by the University of Pennsylvania’s Latin American and Latino Studies program (LALS), and it was largely funded by The Sachs Program for Arts Innovation, an organization that provides grants and other forms of strategic support to artists, faculty, cultural centers, students and other art advocates at Penn, and the University of Pennsylvania’s School of Arts and Sciences.

Dr. Tulia Falleti, director of the program and associate professor of political science at Penn, says the exhibit is “vital in reminding us to never forget the widespread terror perpetrated against civilians during the military coups that were pervasive in Latin America during the Cold War, most of which had U.S. backing.”

Falleti said the exhibit also gives students and the LALS community at large the opportunity to explore the legacies of the 9/11 Coup on Chilean politics and society and compare to other situations of state violence around the world and in the U.S.

The art exhibit will be open for public viewing 9 a.m. to 5 p.m. from September 11 to October 18 and is free to the public.

For pictures of works in the exhibit: https://artwithoutborders.org/