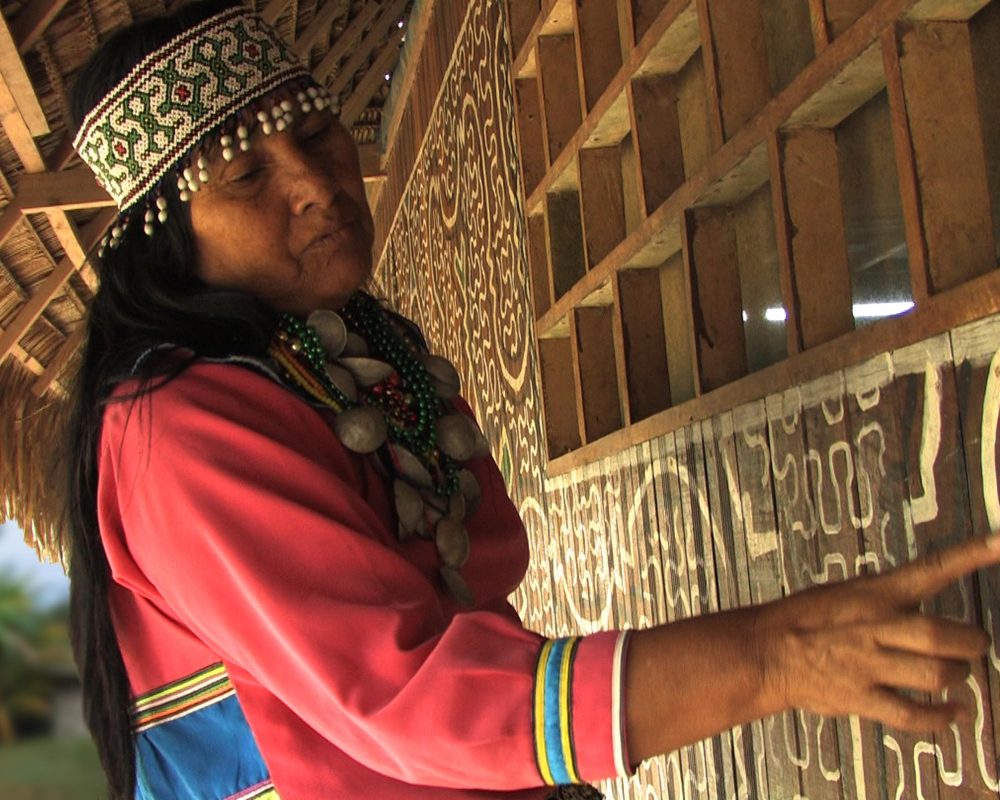 Healing Journeys – Reflections on the film VOICES THAT HEAL

With good reason, the Peruvian Magazine Caretas called the film “audiovisual therapy”.   Co-directed by Delia Ackerman and Heather Greer, VOICES THAT HEAL brings us into the life of a traditional Shipibo shaman, Herlinda Agustín, as she faces her own illness and in the process, helps us understand how healing can happen even when there is no cure.

Heather and Delia’s collaboration on the film became a journey for them as well as the audience. From hospitals in Lima to Herlinda’s home in the village of San Francisco in the Ucayali, they bore witness to the family’s voyage through the hopes and fears that come with terminal illness and asked themselves countless questions. How do we face mortality, individually and collectively? How do we include our families in our healing process? How do ancient traditions fit in modern society? What will we lose if they disappear? How is it that so many healers spend their lives caring for others, yet minimize their own health? Why is cancer increasingly—and disproportionately—prevalent in the Amazon?

In 2009, while Herlinda was in Lima getting treatment for advanced cervical cancer, Delia, an award-winning Peruvian documentary filmmaker, and Heather, an award-winning documentarian and multimedia artist based in New York, met in Mancora. Overflowing with shared interests and experience, their creative chemistry was as obvious as their shared love of stories and storytelling. Delia told Heather about the project she had been developing on women healers of Latin America. With a background of documenting intimate portraits and oral histories around the world, Heather was the perfect partner for the project.

Three days after they met, they decided to collaborate.

Six months later, they were filming in the Amazon with Herlinda and her family.

The result is a thoughtful and thought-provoking work, an exploration both poetic and historic that leaves the audience with much to ponder.  Herlinda did not live to see the film premiere at the Lima Film Festival in August 2011, but the auditorium was filled with many who had known and loved her.  She did not get to see her youngest son graduate from college, or meet her newest grandchildren, but her home still offers healing for others. Her family continues her traditions, and the songs are still being sung.  And through the film, her voice and story continue to guide and inspire.

VOICES THAT HEAL has been featured in festivals around the world – from Argentina, to India – and has been acquired by many leading universities for their permanent collection. This year, the film will be released online for the general public. For information on how to purchase or rent the film, visit the project’s Facebook page:  https://www.facebook.com/voicesthatheal/

You won’t want to miss it.