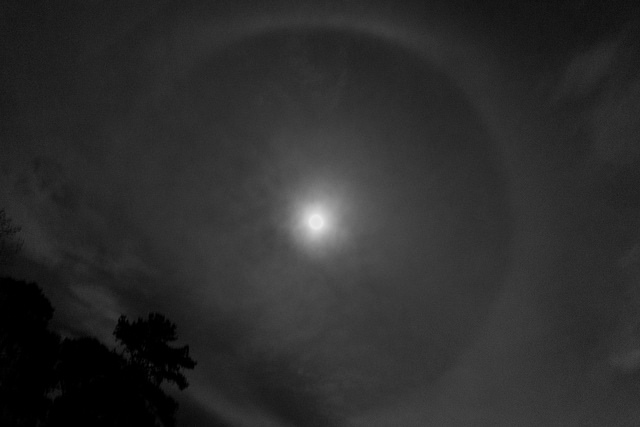 We will ascend this week unto the last echelon of the year. November comes to an end and we enter the last month of the annual cycle. In this period, the Sun rays will fall perpendicularly on the most southern point of our inclined planet; in the northern hemisphere the days become shorter and, the nights, longer; and, at the same time, our satellite grows in size and lengthens its nocturnal permanence. It is the week of the Crescent Moon.

On the first Sunday of December the Moon will have reached -in appearance- its largest size throughout the year. In fact, next Sunday 3’s Full Moon will show itself with a volume greater than that of the eleven full-moons precedent. The reason for this is its location in the sidereal circuit, when passing, completely full, by the point where its distance from the Earth is the shortest one (357,000 km).

The planet closest to the Sun will remain practically immobile throughout this week. When reaching the last degree of Sagittarius, Mercury -the communicator- slows down and stops; to begin, the same first Sunday of December, its march backwards. Its special condition of a mediator par excellence, announces major difficulties for exchange and agreements, for negotiation and treaties.

The planet of the rings, on the other hand, accompanies Mercury at the border between Sagittarius and Capricorn. In the early hours of Tuesday 28 an exact conjunction between Mercury and Saturn occurs. Such circumstance has a relationship with impediments and limitations in the flow of communication. While Mercury favors flexibility and adaptation, Saturn controls, represses and restrains spontaneity. This conjunction fuels relational conflicts.

The complicated conjunction between the two planets will be repeated twice more, in December and January. This week’s conjunction occurs when both planets are still advancing, albeit very slowly; the second one will take place a week later, on Wednesday 6, in the same zodiacal length of now (28° Sagittarius), but with Mercury in retrograde motion; and the last, the definitive one, will occur on January 13, once Mercury has recovered its direct motion and both planets are transiting through Capricorn.

The uncomfortable Mercury-Saturn relationship accompanies the lunar growth and paves the way for three planetary configurations that coincide with the last and largest Full Moon of the year, as soon as December begins. On that month’s first day, while Venus enters Sagittarius, Mars and Uranus will form a 180° angle between them, which represents extremely unbalancing events.

Mars’ combative strength and Uranus’ volcanic action combine to create a highly unstable environment. That will be the last opposition between these two challenging planets in the Libra / Aries axis. Such a mixture of conflicting energies presages events that will cause confusion, due to its violent nature, both in the natural environment and in its social expression.

In its march through Scorpio, Jupiter, the largest of the planets, will transmit its power to Neptune, which will reach great prominence during next Sunday’s Full Moon. The planet represented by the trident of the god of the seas receives, simultaneously, the energy that comes from Jupiter, the one transmitted to it by the Sun and the one given to it by the Moon. Neptune thus becomes the metabolizer of all that high cosmic vibration, which will offer a distortion of reality, accentuate confusion and encourage evasion.

Our planet Earth, will be at the center of the alignment with the Sun and the Moon, and at the moment closest to it, during the next full moon; from there, it will absorb a greater energy charge, due to the high electromagnetic levels of the moment and the emotional expressions stimulated by the immense Full Moon, which will prevent a rational and objective approach of the human mind to the events in which it may be involved; more so, with Neptune’s unusually disturbing action.

A week of lunar growth has begun, but, also, a week when night darkness grows; not only because the Sun is absent for more hours each day, but because the set of relations between the planets induces in us a sense of confusion and unclearness. The Mercury-Saturn conjunction, the Mars-Uranus opposition and Neptune’s performance in its triple contact with Jupiter, Sun and Moon thus presage it.

The Moon reaches this week its mayor growth of the year; and the uncertainty, the bewilderment, the fears and the anguish in the face of the unknown grow along with it. It is the night’s growth, full of unknowns and mysteries, which immerses us in dreams of a distorted and different reality that speaks to us in another language and connects us to the invisible world.