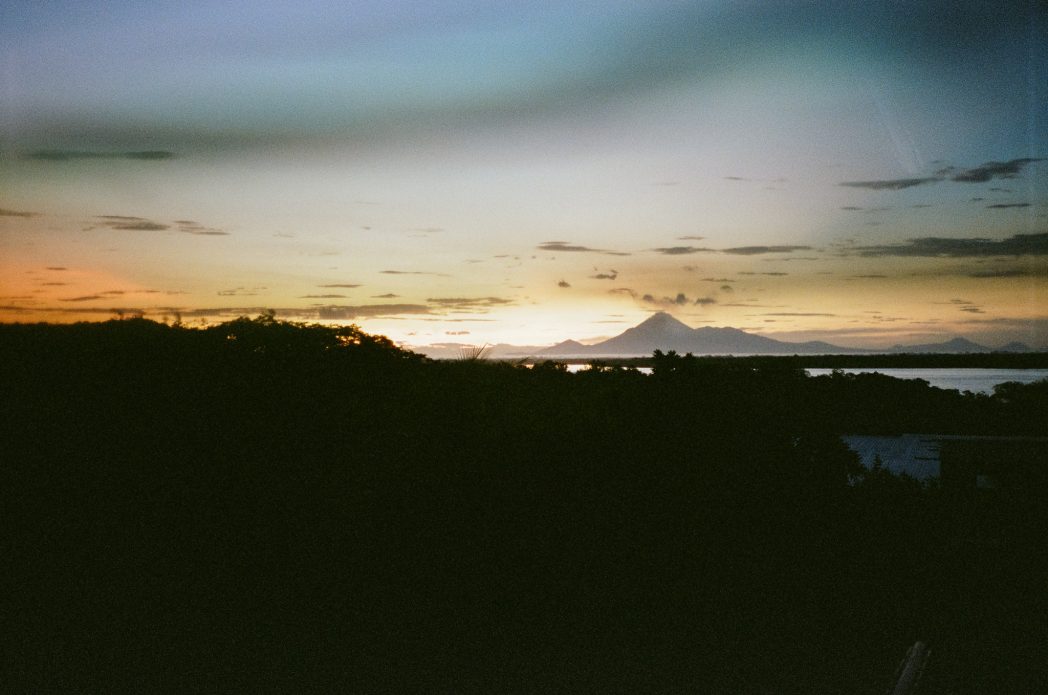 “(…) To the memory of the people of Nicaragua, who have recently been killed in the streets of the nation while claiming for justice and democracy; and to the thousand young people who are still fighting, not with weapons but with their ideals, in the hope that Nicaragua will again become a Republic”.

Nicaragua is not only a beautiful but a paradise country of volcanos and lagoons, fertile, abundant in natural resources, that has known an intricate history. After the Spanish conquest and the colonial period, Nicaragua was part of the First Mexican Empire from 1823 till 1838, when it became a Republic. The XX century was marked by instability and precariousness. We can highlight the United States´ presence (1912-1933), the unfortunate civil war (1926-1927), Somoza´s dictatorship (1936-1979, the Sandinist period of marxist ideology (1979-1990) with a lengthy conflict against the Contra. Finally, elections were held on 25 February 1990 and the National Liberation Sandinist Front (FSLN) lost to the National Opposition Union by 14 points. Presidential, legislative and mayoral elections followed consecutively and were defined by international observers as free, fair and peaceful. These electoral processes gave victory to Arnoldo Alemán in 1996 (Constitutional Liberal Party, CLP), Enrique Bolaños in 2001(CLP) and Daniel Ortega in 2006 (FSLN). During this decade it was tough for Nicaragua to rebuild its economy, since the country was hit by several hurricanes: Mitch in 1998, Felix in 2007. Again ten years later, Hurricane Nate destroyed much of the Nicaraguan infrastructures in the countryside.

Daniel Ortega won the general election in 2011and 2016 amid accusations of fraud. The years Daniel Ortega has remained in office have brought economic growth, and success for Tourism resulting from Nicaragua being perceived as a safe country at the international level.

Since 2016, coinciding with the general election, the issue of the Nicaraguan Canal reached public debate and concerns, raising controversy among society.

The Nicaraguan Canal would open a waterway from the Atlantic to the Pacific Ocean. However, the citizens strongly rejected a project that they were not aware. Certainly, the civil society was neither informed about the contract signed between the President and HKND Group, nor given the chance to participate and discuss it in a public debate. Criticism against Ortega administration intensified during April 2018 over issues related to the Nicaraguan Canal -currently cancelled-, wild fires that devastated the Indio natural reserve, the reform of the social security system. Protests movements and demonstrations emerged all around the country, to which the government responded with harsh attacks and repression. Students are leading the protests in the cities with the support of farmers in the rural areas. Human Rights Organizations estimate in more than 300 the people who have been killed, around 200 injured and 226 political prisoners, since the wave of government oppression and restraints.

The International Community has severely condemned these terrible actions urging for the end of violence and paramilitary attacks. Indeed, the Organization of American States (OAS) has recently approved a resolution recommending the anticipation of the general election.

Support and solidarity has sparked beyond the Nicaraguan borders. In New York various events have taken place claiming for the respect of human rights and the restoration of democracy in Nicaragua. Last August 4th the cultural center Barco de Papel welcomed a poetry “marathon” in support of the Nicaraguan people and the peace process. Writers, poets, artists, journalists such as Maria Palitachi, Linda Morales Caballero, Mar Russo, Yrene Santos, Mónica Sarmiento Castillo, Lea Díaz, Mercedes Gallego, recited poems created for the occasion. The rest of the audience ventured to take the microphone and performed contemporary Nicaraguan poets. The literary gathering concluded with the Ode to Joy (Beethoven) sang with passion, fervor and friendliness crying for a “free Nicaragua!”.

On August 15th, the panel “The Nicaraguan Volcano” happened in the Wild Project, a cultural venue in the heart of the East Village. This event, which included videos and live participation from Nicaragua, was held in order to raise awareness of the authoritarian momentum. Author Dan La Both, journalists Mercedes Gallego and Sayre Quevedo offered poignant insights of the history and present situation of the country. The Student Coalition Leader, Lesther Aleman, who has become the Che Guevara of this revolution by confronting Ortega in national television, addressed courageous words on livestream and detailed the plan to initiate a national dialog and open negotiations so that President Ortega leaves office and new elections will be convoked.

What can we do to promote peace in Nicaragua? We, citizens of the world, are powerful and can create change. First of all, we need to voice: to speak, to organize talks, events; in few words, to disseminate information and tell, since many people today are not concerned with the real challenge in Nicaragua. Then, solidarity is essential at this point to help students oppose the autocratic regime. Some organizations such as Sor Maria Romero have been recommended.

Nicaraguan poet Ruben Darío once wrote that when homeland is small, we dream of a big one… There is hope that with the heroism of the Nicaraguan people and the efforts of the international community Nicaragua will rise, not a as small land, but as a big, prosperous one.