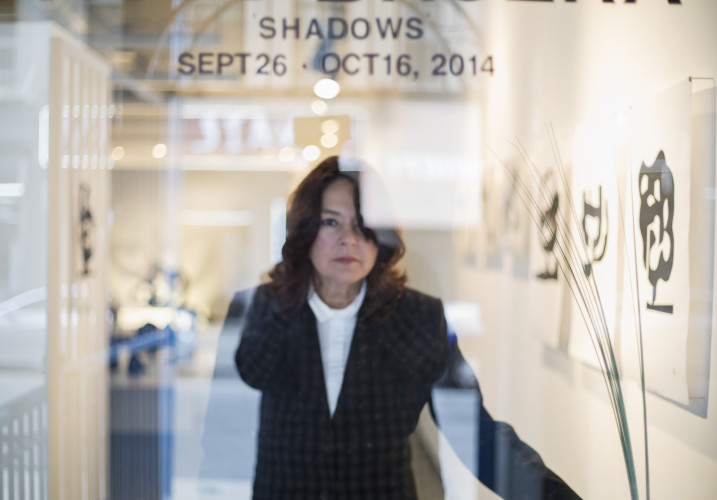 Elizabeth Villar: a lifetime with the arts

NEW YORK: For Elizabeth Villar, art is home. She breathes art since she was a girl, it accompanies her in her memories, mixed with so many flavors and fragrances that populated her childhood. Her eyes awoke in an environment that emanated beauty and creativity. That legacy has left deep traces in her soul and has determined her life and her future.

After pursuing the career of History of Art in the Metropolitan University of Caracas, Elizabeth travels to Belgium to deepen her studies. She goes back to Venezuela, her native country, with a whole load of knowledge and with her eyes and heart filled with the beauty that art geniuses had given Europe through history.

Her first job was as a cultural attaché at the Permanent Mission of Venezuela in the UN. There, along with the grand Maestro Alirio Palacios, she dedicates herself to promote artists, writers, actors and musicians from Venezuela in New York.

These are happy years for Venezuelan intellectuals. The country is a hotbed of creativity in all areas. Its best ambassadors are the intellectuals; and Elizabeth Villar, together with Alirio Palacios, helps to boost their talent giving them an international projection as only New York can provide. The «Venezuelan Art Center» is such a beautiful space that Venezuelans lend it to other Latin American and Caribbean UN Missions for the presentations of their artists.

“And that’s where the basis of my knowledge as an art administrator and curator was formed.” Elizabeth tells us, and then adds: «But I got my PHD at the British Council where I worked for nine years as «Head of Arts» along with Paul de Quincey. The British Council is the cultural attaché of Great Britain in the world and the office of Venezuela had the responsibility to promote British culture in Latin America and the Caribbean. We brought the best in art, literature, theater, cinema and music from Britain to Latin America, while we introduced many Latino artists, especially plastic artists, in London.»

Elizabeth still remembers with emotion the moment in which she was assigned to reactivate the British Council office in Havana. «When Cuba and Great Britain resumed diplomatic relations it was our job to inaugurate the new headquarters of the British Council in Havana. We did it with a wonderful exhibition of the renowned conceptual artist Richard Deacon.»

After working so intensively on the British Council, Elizabeth returns to the United States, to Miami, to collaborate with renowned art magazine ArtNexus. «These were very interesting years, I covered International Art Fairs, and I had the opportunity to meet many artists, follow their work and review it.»

The restless spirit of Elizabeth is always looking for new experiences, knowing more, learning more. After three years working in Miami for ArtNexus, she decides to go back to Venezuela to take over as the Director of Coordination and Museum Relations at the Museum of Fine Arts. This is the time when she shares time with Museum Director Maria Elena Huizi, which will give her new satisfactions.

In the coming and going between Venezuela and the United States, Elizabeth finally buys a one-way plane ticket to New York, to take the lead in the One Art Space Gallery.

It is a big challenge, New York is the capital of art and it is not easy to position a gallery among the many that already exist.

But Elizabeth arrives with clear ideas in her mind, with great energy and a great deal of experience. «I knew I wanted a space like this, with white walls, gray floors and light, so that the art exposed was the one and only true protagonist.» She tells us, looking around the gallery in which the works of the great Uruguayan sculptor Pablo Bruera are displayed. A world in black and white, lights and shadows perfectly in tune with the space they occupy.

«It’s been four years since I’m in charge of the One Art Space Gallery. I choose the artists, organize the agenda. It is an intense and very satisfying job. We have presented contemporary artists from all around the world in groups and solo exhibitions. Practically every three or four weeks we have a new exhibition.»

Deeply embedded in Tribeca, area in which the gallery is located, Elizabeth has also been developing a number of activities for and with the community such as creative workshops for children.

She is also cooperating with two universities, the New York City College and Queens College. «The students choose a curator – she explains – and together we organize collectives that allow young artists to exhibit their work in our gallery.»

Elizabeth gives an ample space to emerging artists, alternating their exhibits with those of established artists. «The new artists arouse great interest in collectors who know that, among these young talents of today, there are the great artists of tomorrow. We want to help that talent to excel, we want to be a platform from where they can get noticed in such an international city as New York.»

Elizabeth’s passion for her work is contagious. She speaks with great enthusiasm about the upcoming exhibitions scheduled for this year. The first one is going to be organized along with Salomon Arts Gallery, a gallery that is almost a legend in Tribeca. It will be destined to raise funds for the release of a major film project of Rodrigo Salomón who recorded countless interviews with artists who lived in Tribeca from the 60s to the 90s.

Those will be some intense days that will end with a Halloween party. Immediately after that happens, the white spaces from One Art Space will be filled with the works of 40 emerging artists whose works are outlined along with 60 more in the book «100 painters for tomorrow» from Kurt Beers, Director of the London Contemporary gallery Beers.

«It’s a very thorough and serious work. It was presented in London at Christie’s and we will introduce it in New York.»

Fond memories join Elizabeth and Beers with whom she worked for two years to organize one of the most successful exhibitions of her New York career, the one of Andrew Salgado. «I met Andrew in London. I admired his art. The exhibition was a resounding success. We sold everything in half an hour and many of the people who came to the opening had to be on the waiting list. Salgado has fans worldwide and his paintings traveled to South Africa and Finland.»

Another presentation that Elizabeth remembers with joy and satisfaction is the one she organized with VAEA (The Venezuelan American Endowment of the Arts).

«At that time, VAEA organized an exhibition of works by five Venezuelan artists and five American artists, all roughly the same age. It was a wonderful fusion of creativity between two different countries. I knew most of the Venezuelans who were present and I was very proud to have them at One Art Space.»

Natural born dreamer and great fighter, determined to accomplish her dreams, Elizabeth Villar cherishes the idea of opening another gallery just as One Art Space. «Could it be a space dedicated to photography or drawing, perhaps?» She asks herself with a smile on her face, and after seeing her career we are confident that we will soon see «One Art Space 2» or «Second Art Space.»