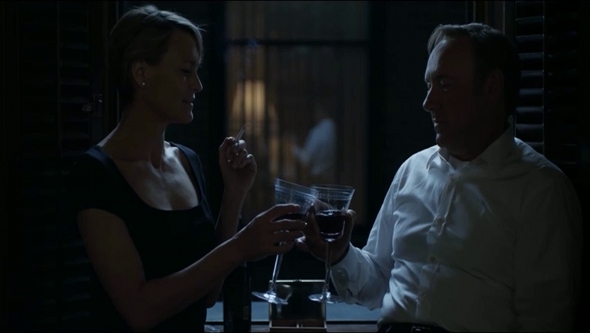 Washington is for the driven not for the lost.

This, we instantly agreed on while jotting down ideas for an article on relationships in DC. Where’s love in the equation? — was the natural afterthought, which we both answered with whatever lies in between a sigh and a laugh. Relationships are… cut-to-the-chase, structured, virtual, strategic, satiable, ephemeral, long-distance.

Are they? If so, is this state of affairs autochthonous to this city? To a specific generation? To a specific gender, nationality, social stratum? Is it an inescapable zeitgeist? Will we ever know or are we, in the end, actually all just lost? …Silence.

And so, we hit the streets to examine.*

— “Writing an article about love in DC. You know, Valentine’s…”

— “Washington attracts people who’ve already found love. Those who have found it live in places like Virginia. The rest… I don’t know. Maybe we’re too lazy… or broke… or stuck in the office like me and you” (Nessa, 28, Non Profit Program Officer).

— “Yeah…but it didn’t work out…she sent me a message saying that maybe we weren’t right for each other. I thought the date went fine. Every date I’ve been on here has been pretty heavy on conversations about our respective aspirations, without much romance.”

— “How many dates have you been on since you arrived?”

— “Not really, I’m just hanging out with my girlfriends and watching ‘Fifty Shades of Gray.’” (Alice, 22, student).

— “Yeah, we met on Hinge.* She’s also from California” (Patrick, 28, occupation not specified).

“Trying to set up a date any given Saturday is not easy. People always have plans here. They’re so busy. It’s a town for ‘class presidents.’ I’m from here, but lived in San Francisco for the last five years, recently moved back. See, in San Francisco, everyone’s down to hanging out all the time. Barbeque on Sundays, beers at a backyard, what not. I don’t know how deep these relationships really go, when everyone is saying yes to everything and is available to hang, but at least San Francisco is a “Facebook ‘Maybe,’” DC’s a “Facebook ‘Decline.’” (Joshua, 38, high school teacher).

“The problem about DC is that no one is from here, so you can’t figure out the dating rules” (Dina, 31, consultant at multilateral organization).

“Here’s my answer to dating in DC: If you are ready and willing to take a crash-course in self-discovery, dating in DC is the place for it. With an ample dating pool that’s teeming with renaissance-bachelors, even your worst date is bound to provide you with valuable introspection — if not a good laugh” (Lauren, 26, government contractor).

— Yeah, just waiting for my girlfriend to call. …Time difference.

— Uuuf. How long have you been dating? …Seeing each other. Skyping? You know what I mean.

“In one word: difficult. In another: “pretentious.” (Derek, political consultant, 31).

– The problem with dating in DC is that this city lacks… jicamo!

– You know… it’s a Cuban term… jicamo!… flavor, sensuality. The city’s vibe is contagious and we become terrible at flirting.   (Alex, 43, diplomat)

“It’s a big melting pot, there are people from everywhere, wanting to go everywhere, and meet everyone. That can be inspiring and refreshing — the first two years you’re here….

After a while, you realize that all the perks that come with living with such a talented pool of young, motivated professionals, also has its cons… For example: (i) the over-scheduled fallacy of professional and personal calendars: «I really like you, and want to hang out with you, but I am jet lagged and feel terrible because I came back from Zambia and I didn’t get to eat very well there and in 3 days I go to Nepal, so I need to prep for that»… Ok, next… (ii) those who have trouble making up their minds in terms of committing to a relationship because what if they meet the next candidate for X position in congress tomorrow and decide that you are just not the best catch after all… (iii) those confident, successful people that somehow cannot manage to talk to others in a public, real-life setting, but rely on Tinder, Hinge, Match, Ok Cupid, etc… Come on people! Just talk…

In terms of types of dates: I’ve gone on coffee dates, running dates, museum dates, yoga dates, networking dates (yep… I said the dreadful word «networking») dancing dates, concert dates, you name it. There’s always different cultural options to impress a date. Also, the odds are better for heterosexual men, since the population of gay men is so large in DC. Overall, I think it’s a great city to meet people if you’re lucky to find those who have time and are on the same page as you at the right moment and place in life.” (Marilu, 26, Consultant multilateral organization).

Maybe we’re jaded. Maybe, not so much. That remains to be answered and if you’d like to join us, send us your stories via #sansjicamo or email.

Happy Valentine’s Week, from The District.

* Some of the names were changed to protect privacy.

** Whether it was Tinder or Hinge what brought the two Californians together in trendy, picnic-table-style-café s remains unknown.