A glance, a light touch and her lingering scent penetrates my senses.

Parallel lines meet in the distance. Opposite paths cross each other, eyes meet eyes, gazes lock and in an instant she walks past.

The next sighting is less governed by chance. Her predictable steps place her within my reach again. But I recognise an element of intrusiveness in the situation, and the fun is spoiled.

I see her disappear in the haze, the beautiful stranger I allowed to walk away, unharmed.

In the stillness of this high-altitude flight
the darkened shadows of a dispersed colony of clouds
imprint the hammered silver leaf of the Atlantic
with a smooth negative of the sky’s landscape.

The Blonde at Arrivals

It wasn’t her strong calves,
nor the considerable muscles of her thighs
revealed by her short shorts,
nor the white (men’s) shirt
excessively long
excessively white
excessively ironed.

nor their high heels
that made her look more svelte,
that defined her muscles,

which led me to dream
awake

of owning the breasts
concealed beneath that shirt,
of being the orchestrator of the sweat
and the touch
that would ravish so much white,
so much starch.

But, rather, the glow in her
long
straight
hair
shining around her head
placing her gaze inside an intensely bright aura.

Except it was not me those eyes sought to find.
And they raced past my stare
untroubled.

So it all came down to a good
wakeful
dream.

Obstructed by the endorphin slumber, I just catch a glimpse of her taking the last drag of her cigarette. The silhouette of her naked body is drawn against the bright light that comes in through the windows. Her upturned head lets out a puff of smoke. She bends her knees and picks up her summer dress from the floor with her right hand. She throws her arms upwards and allows the soft garment to fall over her body. Her erect nipples catch a piece of the cloth, keeping the cleavage from falling into place. Her left hand adjusts the fold around her breast, her naked buttocks wiggle from right to left —oh, yes, I know that wiggle well— and her dress finally covers her modesty, and another hand span.

She’s out of the door. Just before I fall asleep I wonder what shoes she wore. 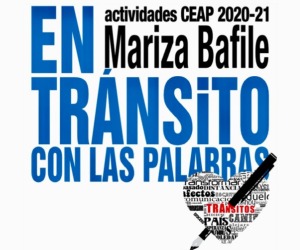