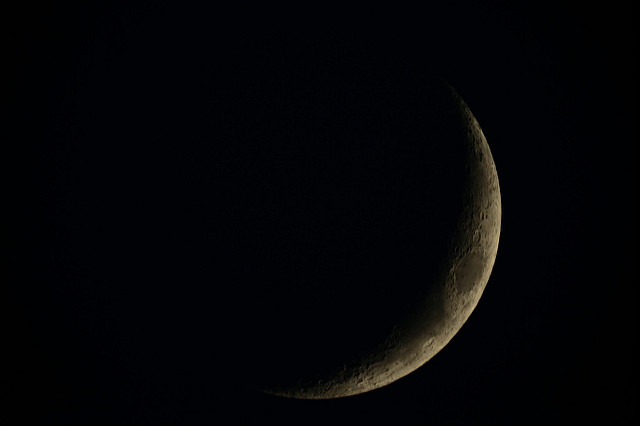 After the Moon reached its full round in the first hours of Saturday 4, and achieved its greatest monthly approximation to Earth, the following day, it began its process of decline throughout this week, until when it will have hidden half of its face the coming Friday 10, when its waning phase will begin formally.

The progressive decrease of the Moon‘s brightness during this week is accompanied by the slow reduction of the solar presence in the northern latitudes, making it easier for us to search within ourselves for the keys leading us towards the destination we long for.

The Moon will be developing the third quarter of its synodic cycle. During this period, which began in its transit through Taurus, and will culminate when it is passing through Virgo -the area where the Sun usually expresses its greatest power in the northern hemisphere (summer)-, the Moon will connect us with the need to look inside ourselves.

The gradual loss of lunar presence and luminosity, in each of the following seven nights, forces us to look for that which we cannot possibly find outside of us. The Sun represents the light that comes from the external Universe and that attracts our attention; while the Moon is the lantern that allows us to search among the dark spaces of the soul.

The Sun and the Moon are like mirrors, which link us with two of our human faculties: intelligence and emotion, and with the possibility of integrating both (emotional intelligence). Rationality allows us to understand what responds to the logic of thought; and, sensitivity, to capture the non-rational reality that surrounds us.

The two luminaries show us the two worlds in which we exist: the visible, external one, which allows us to perceive the outside landscapes during the day: the mountains and the seas, the hectic city life and the sounds that come from it; and the invisible, internal one, which allows us to feel, at night, fears and euphoria, sorrows and joys, anguish and hope that underlie our inner landscape, accompanied by the voices of the soul, which speaks to us from within.

The Sun represents the part of us that can relate to ideas: to hierarchize, compare and organize them, so as to understand the world that surrounds us. The Moon represents the other part, the one that feels, intuits, imagines, dreams and creates. The Sun is the conscious life, while the Moon is the unconscious world.

Just as Sun and Moon fulfill their respective functions in the Universe, mind and soul, body and spirit, intelligence and emotion, conscious and unconscious; they play their respective roles in human existence. Our task in this world is to learn to integrate them in order to fulfill our mission of life.

When we observe and notice the process of lunar growth or decrease over the course of the nights, for example, we can associate it with our need to connect with our unconscious, with our emotions or with our inner experiences, to extract from them the necessary tools to face the conscious world.

This new phase of the Moon, at this time of the year –midst of the northern autumn– forces us to retreat, to internally search for answers to our wishes and desires. It is the propitious moment for reflection, evaluation and reprogramming. The external light declines, so that our pupils adapt and our gaze focuses on what has remained hidden, out of sight.

The dwarfing of the Moon is also accompanied by the sign changes of two inner planets: Mercury —which handles thought and language— reaches Sagittarius; and Venus —which deals with sensations and feelings— now transiting through the introverted Scorpio.

Mercury, the planet closest to the Sun, is, since Sunday 5, in the sign that represents the border between autumn and winter: Sagittarius. It will be the longest transit of that planet in a single zodiacal sign. Having the smallest orbit in the solar system, Mercury usually takes only about three weeks to travel through each of the signs; but, this time, it will remain up to 66 days anchored in Sagittarius. That is, more than three times its usual time.

Mercury will extend its stay in Sagittarius (from November 5 to January 11) because in that area it will develop its last retrograde movement this year, during a good part of the month of December. This December retrograde motion, together with the arrival, next Friday 7, of Venus in Scorpio, constitutes an additional element of the need for introspection in this last part of the year. Everything invites us to delve into the deepest recesses of the soul.