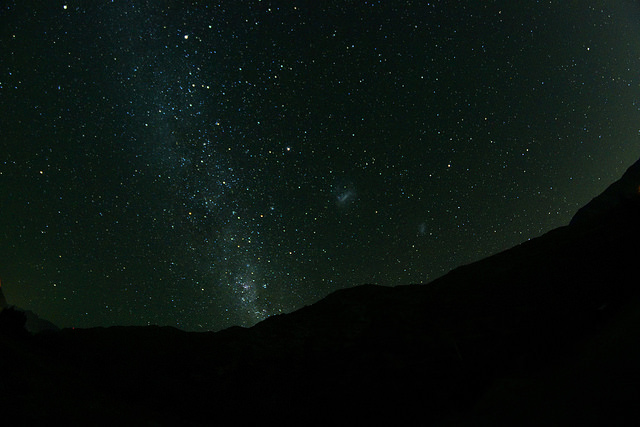 The Coming-Back of The Sacred Light

In a few days the Sun will stop moving southward and change its course to ascend in the opposite direction. Next Thursday, December 21, its rays will strike perpendicularly on that imaginary line known as the Tropic of Capricorn, located in the southern zone, 23 ° 30′ from the Equator.

The moment when the arrival of the solar rays occurs at the point farthest from the middle of the world is known as the Solstice. That event occurs twice each year: once, when it reaches the south, and once, when it touches the antagonistic side in the north (Tropic of Cancer). They are polar moments: extreme cold and darkness in one hemisphere and extreme heat and luminosity in its opposite.

The flood of light and the increase of temperature in the south come with solar absence in the north, fewer daytime hours and prolonged night time. That moment is perceived as the birth of the Sun, which will reach its maximum manifestation six months later.

The Great universal parturition comes with the Solstice, giving birth to its son: the Solar divinity. The most varied civilizations have availed themselves of this circumstance to celebrate the arrival or beginning of a new year. It is the cosmic moment that represents the continuation of the cycle of life.

The ancient and pagan cultures in the northern part of the Earth celebrated and invoked the gods of their time with the lighting of fire, determining thereby the beginning of the year (new complete round of the Earth around the Sun).

In Rome a great celebration was made to honor Saturn, the god of the old age, of the passing of the years, the harshness of winter, the austerity and severity of that climatic season, and of experience turned into the Wisdom to which it leads. Hence, the name of Saturnalia, given to those festivities.

This Winter Solstice of 2017 will be very special. The Sun arrives at the Tropic of Capricorn accompanied by Saturn; and both will enter – in conjunction – into the sidereal territory of Capricorn. In none of the previous 325 winter solstices had a similar astrophysical phenomenon occurred.

Saturn’s last entry into Capricorn occurred 29 years ago, in November 1988, more than a month before the Sun reached that point. The planet of the rings remained in the sign until February 1991 (2 years and 3 months). During this period, humanity experienced structural changes of great significance in the world political order.

Now, when Saturn comes back to its own sign, fused with the Sun, the beginning of the year, or the new round of the Earth around the Sun, awaken greater expectations. The two cycles of Sun and Saturn converge into a single one of greater magnitude, as the beginning of a new epoch, where the structures of political power are shaken and renewed at the planetary level.

The previous weekend —from Saturday 16 to Monday 18— an extraordinary concentration of five celestial bodies (Sun, Moon, Mercury, Venus and Saturn) occurred, forming a Stellium in a sidereal space of only 20 °. That is 50% of the bodies in our solar system, agglomerated in less than 6° of the zodiacal length.

The week begins with a New Moon, in Stellium, at the end of Sagittarius. This surplus of cosmic energy marks, at the same time, the end of 2017 and the pre-release of 2018. It is also the prelude to the arrival of the Spirit of Christmas, with which the Christian Western culture replaces the preterit Saturnalia. Also, this New Moon has a saturnine feature, since the same planet that governs the winter is part of the alignment of the Earth with its two luminaries.

Too many atypical elements combine in this peculiar Solstice with Saturn’s entrance into the sign of the Mountain Goat. The usual Christmas and New Year rituals demand a higher awareness on this occasion: the Time of Times has arrived, the moment of endings and beginnings, of cycle change, the time for transformations: of the mind and of the Spirit, of the body and of the structures.