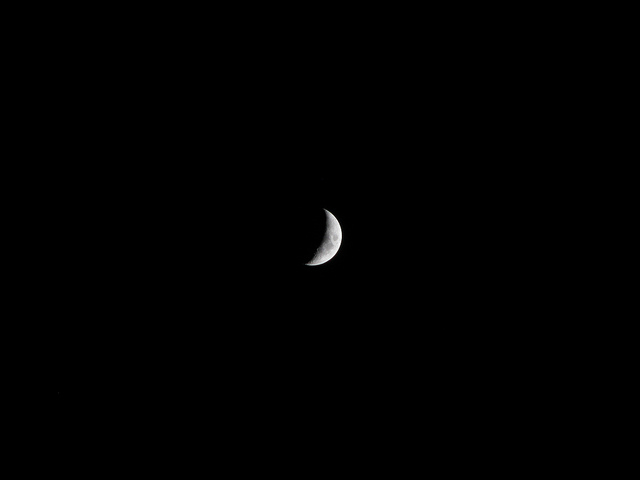 The last Waning Moon of the year begun on the early hours of Sunday 10. It might be said that, in just 11 days -between December 10 and 21-, the endings of the cycles of up to four celestial bodies, including our two luminaries, become synchronized.

The Sun will culminate its trip towards the South, when it reaches, on Thursday 21, the 23rd parallel; and the Moon, its synodic round, on the first hours of Monday the 18th.  We Earthlings are starting therefore what could be called the final week of 2017.

The term revolution comes from astrophysics; it designates the round one celestial body makes around another one, or the journey it makes from a sidereal point until returning to the location from which it departed. This week is special, because we are in the final stretch of several astral revolutions.

After 27 days and one third, the Moon will have covered the zodiac circuit entirely, having made a complete round around the Earth (360 °). That lunar revolution is also known as the sidereal cycle of the Moon.

The Moon will require a couple more days to meet again with the Sun in the same zodiacal point. That other revolution of our satellite is called the synodic cycle, and it is completed in a little more than four weeks, or 29 days and a half, which is the period that runs between one New Moon and the next one.

The Sun takes 365 days and six hours to travel the 360 ​​° zodiac, which is its sidereal cycle. It also takes the same time, to travel from the southernmost point of the Earth (23.5 ° south latitude), in the Tropic of Capricorn, until returning to that same location.

Actually, as proposed by Nicolaus Copernicus in his work De revolutionibus orbium coelestium (about the revolution of the celestial spheres) it is not a true solar revolution, but a complete cycle of the Earth around the Sun , transiting through the 360 ​​° of the zodiacal sphere.

Mercury, the planet closest to the Sun, will line up with it and with Earth this week. This will happen on the night of Wednesday 10, the same day humanity assigned to it, to do it honor. That conjunction between the Sun and the planet of communications determines the synodic cycle of the latter, or a Mercurian year (a whole round around the Sun).

In its planetary version, Saturn, the Lord of Time, accompanies the Sun in its excursion through the territories of the South, and in its passage through the final degrees of Sagittarius. Simultaneously with the last New Moon, the planet of the rings will come in conjunction with the Sun and the Moon, at the end of the Centaur sign, on December 18.

We are therefore at the beginning of the termination of the respective cycles of Sun, Moon, Mercury and Saturn. The temporary confluence of these four sidereal revolutions in a period not exceeding 8 days, determines that this is the Week of the endings.

In the northern hemisphere this is the period when light lasts less and solar heat is the least: Autumn’s final days, when nature seems to agonize. These last ten, of the 90 autumnal season days, have an extraordinary similarity with the last 4 days of the 29-day lunar cycle, which is also known as that of the Balsamic Moon , when it loses luminosity and nocturnal presence, on preparing for a new encounter with the Sun.

The Balsamic Moon (running from the midnight of the 13th to the early morning of the 18th) invites the curing of wounds, examination, forgiveness, reconciliation and healing. This week, this lunar condition mimics its equivalents:  the current declining role of the Sun; the reviewing and negotiating quality of Mercury —which ceases to be seen at night, to begin to shine before the dawn; and the re-structuring character of Saturn’s decline.

In the current cosmic context a new defining meeting is foreseen by next Friday the 15th, in Santo Domingo, between the Venezuelan government and its opposition. That day, a new Mercury cycle (from the 13th) will be commencing; and the cycles of other three celestial bodies will be ending. If under this exceptional cosmic quality a basic agreement should not come to be between the two political positions, it will become the responsibility of the Lord of Karma, Master Saturn, to impose its own order: castrating and crumbling the structures of Power.

We are in the last phase of these four revolutions: lunar (29.5 days), mercurial (88 days), earthly (365 days) and saturnal (29.5 years). It is a time for evaluations, balances and inventories. It is a time to prepare for a new journey, which allows more satisfactory results. A week later, the simultaneous entry of the Sun and Saturn into Capricorn will occur, announcing a new cycle in the exercise of authority (and / or authoritarianism).