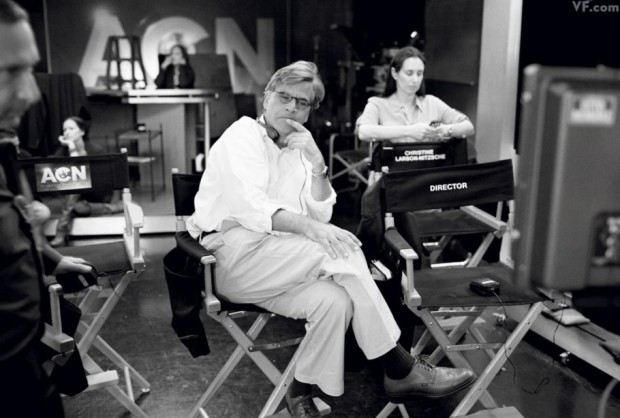 Aaron, I don’t want to go to Memphis

The Newsroom ended last Sunday, so I figured it’d be nice to close off 2014 on the same subject I started writing for ViceVersa.

On Monday I sat down on one of my friend’s couches eating Doritos and goat cheese waiting expectantly. Four of us planned to watch the episode together, as a symbolic farewell to those characters who made us laugh and cry and cheer for three years. We weren’t ready to say goodbye, and I have to admit it was nice to live comment with people because boy, was this an episode to live comment.

Now, Aaron, you prick. How could you finish a perfect season with that god-awful series finale? How dare you? How dare you? ANSWER ME!!! You idiot. We had such high hopes and you treated this like a season finale for Modern Family meets Selena Gomez’s ugly crying meme. Nothing made sense. Too many flashbacks (thank you for reminding me that I haven’t gotten over my thesis and I still know the dialogues by heart). A useless pregnancy story that didn’t add anything to what was happening, Leona Lansing being motherly, Jim and Maggie giving the world Ebola. We didn’t deserve this. After five perfect episodes, you pushed the Sorkin buttons too far. You took it too far, Aaron, and I hate you for it.

If you had given me a perfect episode this article would be nothing but praise for you and your brilliance. When the Internet decided to rip you open after every Sunday, I was always there cheering you on. They just don’t get it, I always said. There are series tailor-made for a specific group of people, and The Newsroom was just that. It was a series that not everybody was meant to love, but those that did would love it, live it, learn it, comment it and make it their own. We were a dedicated group of people, Aaron. I won’t speak for all of them, but you broke my heart. You could have done so much better. I know that there was a better episode inside your brain.

I am very disappointed but I have to thank you for these three years. If people didn’t appreciate The Newsroom enough, well, screw them. I loved it and I was actively involved in it. I know the names of the episodes of the first season by heart. You made me love Jim Harper and hate Don and then curse me for ever considering that there was another man in my life than Don Keefer. I still want to be friends with Sloan and push Maggie in front of a moving bus. I would have been bored with Neal’s bigfoot’s story.  I wanted to kill Jerry Dantana with my bare hands. That Tiffany’s engagement ring. Seriously, that ring, what the hell was that? Leona Lansing shouting “GET IT BACK!” lead me to believe that there is hope in this world. All this and so much more are reasons I loved this show and will miss it terribly.

So Aaron, you screwed up with that last episode, but I’m not going to judge you any further. You made an awesome show. I am actively waiting for your next project.